Completed 2003
Carmel, California
54,011 s.f.
At just over 54,000 s.f. this new building was one element of a major reconfiguration of the successful Crossroads shopping village in Carmel. The new store was built directly behind, slightly to one side and five feet higher than the older existing Safeway, when the new store was completed, operations transferred almost immediately to the new store and the old store was dismantled. Logistics, a site consisting largely of river silt, built on the banks of the Carmel river, the impacts to a very successful shopping center and such a large project in a the very design sensitive environment of Carmel were challenges that were answered with a resoundingly popular project. 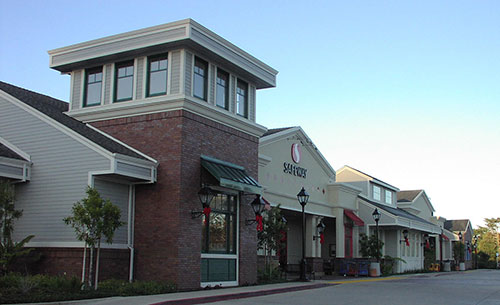