Completed 2009
Hayward, CA
20,000 s.f.
This was one portion of a much larger project on the south side of the Hayward Executive Airport. The facility is planned to be used by two separate tenants, the first floor as an FBO terminal building, serving adjacent hangar operations, with separate passenger and pilots lounges, luggage areas and gym, and approximately 10,000 s.f. of commercial office space and meeting rooms on the second floor. 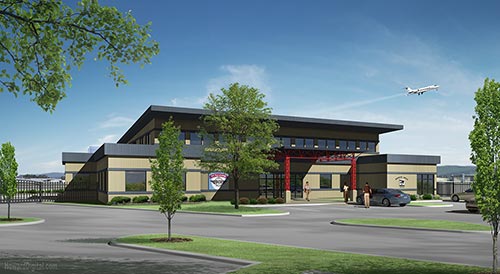